I’m sitting on my couch right now, wondering how it is that I got here. We’re just back from Hadley’s six month checkup. Six months, already passed.

It seems like these past 6 months have passed so slowly some days, then on other days it’s like we’re in fast forward. The older Hadley gets, the faster time seems to pass. This past month or so, it seems like she learns or does something new every day. It is a truly amazing thing to watch and be part of.

We’ve started solid foods! Tinker Mouse has finally had her first taste of baby cereal. We started with the basic rice cereal, and now we’re on to oats. We started on Sunday, and yesterday was the first day that she really seemed to want it. She finished her first whole serving last night for supper. I know this doesn’t sound like a big deal, but I was just so proud of her! My heart was just bursting, and I couldn’t wait to call Nannie to let her know. 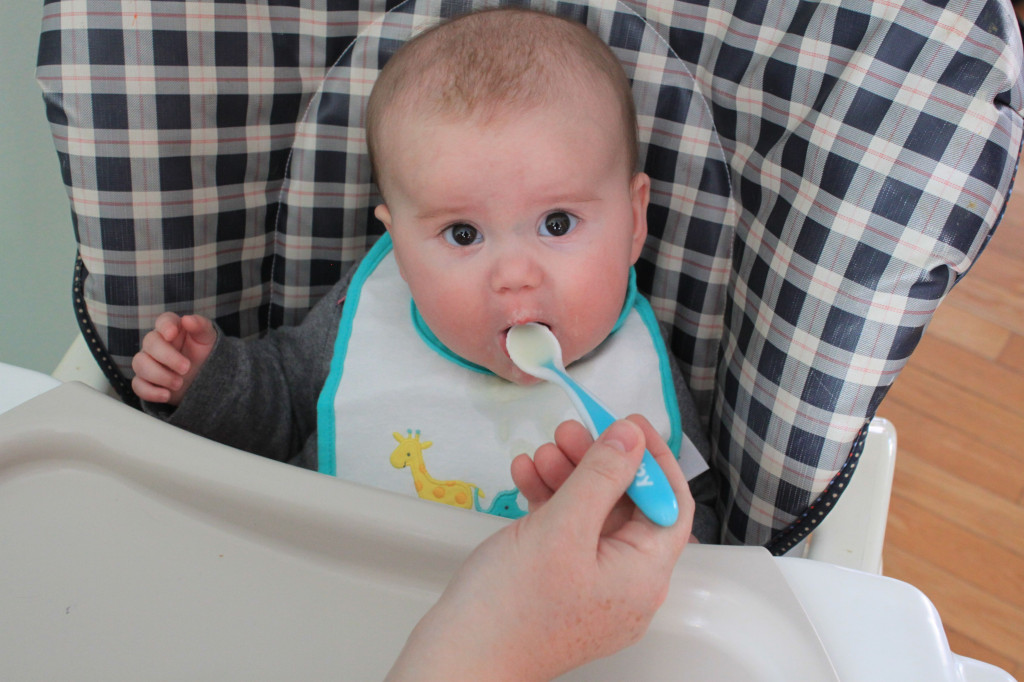 Now that she’s mastering cereal, the sky’s the limit when it comes to food. I’ve already got some squash puree made, and we’ll be trying that tomorrow. It’s a good idea to expose your baby to the same new food three days in a row to make sure they don’t have an allergic reaction, so once she tries the squash for three days, we’ll pick something else, then just keep going from there. I’m so excited about it!

I’m also confused about it. If she finished all that I’ve prepared for her, do I make her more? Will she stop eating when she’s full? I don’t want to stuff her, and I want to let her have enough room to have some milk after eating. So confusing. 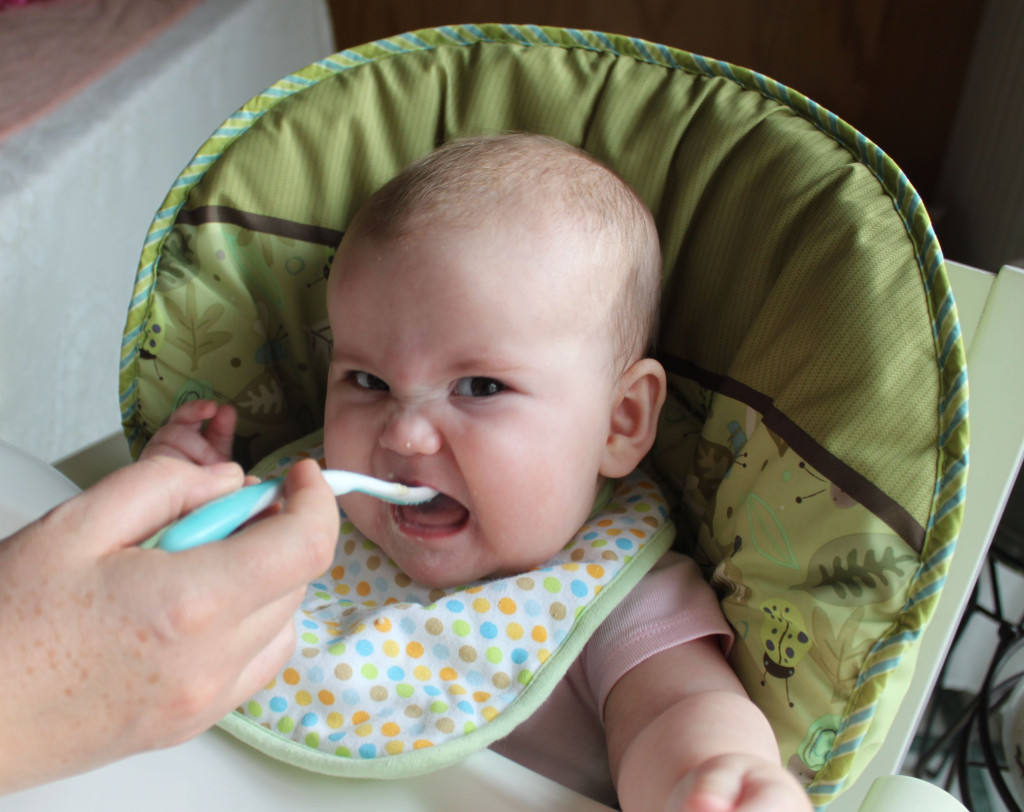 Tink’s not quite sitting up yet, but she’s awfully close. She definitely has the strength to do it, but she’s just choosing not to. She likes to straighten herself out and lay back, mostly because she’s so interested in everything else in the room! She is so squirmy. We are attending a baby massage class, and the entire time I’m massaging her, she’s twisting and turning around to check out all of the other babies. It’s cute, most of the time. 🙂

I finally caved and bought a Sophie the Giraffe for her. I already think she likes it (unfortunately, the dog has his eye on Sophie too). Last night we went out for a little drive and we took Sophie with us. We could hear Sophie’s little squeaker as we were driving. Hadley always falls asleep in the car, and when we got home, we found Sophie tucked safely under Had’s little arm. Adorable.

Yesterday we had a trip to the doctor for 6 month vaccinations. Hadley always takes them so well, and yesterday was no different. She squeaked a little bit after the first needle, but didn’t say a peep after the second. She’s such a good girl. Her weigh in had her up to 7.75 kg (17 lbs), and she’s 24.8 inches tall. We really hope she gets to be a bit taller, but with the family genes, it’s hard to say if that will happen. 😉

So that’s what’s going on at our house. Busy, busy, busy, but a lot of fun. Speaking of busy, I’ve got a huge basket of laundry just staring at me, waiting to be folded. *sigh* So many tiny baby clothes.

This entry was posted in Frilly Baby. Bookmark the permalink.