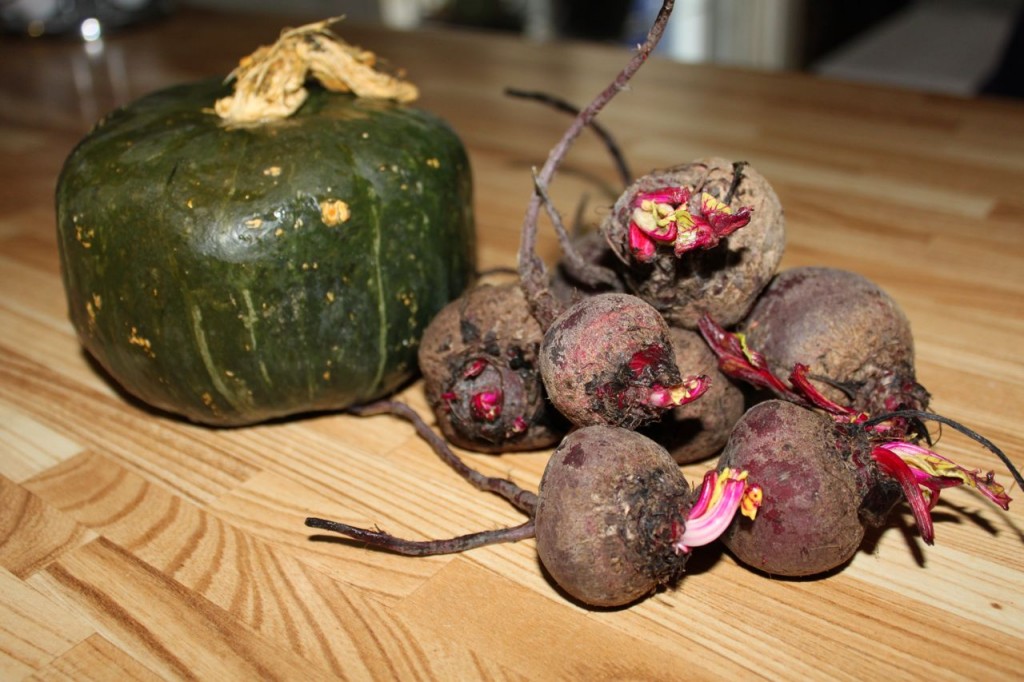 I’m sure I’m not the only person who has spent hours at the kitchen counter peeling tiny pieces of dark green skin off the gourd of the day. Painstakingly chipping away at the rock hard flesh of one of your favourite vegetables, putting an hour into the preparation of the food you’ll devour in under a minute.

I learned today how to peel a squash. And get this – it took me less than 5 minutes, plus the time it takes to boil water. No kidding.

I hope you all understand what this means – we will have enough time to cook a squash for a weeknight dinner without first putting back half a bag of tostitos while we’re waiting. This is good news.

First, get a pot of water boiling. Make sure to leave enough room in the pot to fit the squash in without the water boiling over the sides. Displacement. It’s important to think about.

Pop the squash in the boiling water. Yup, the whole thing. 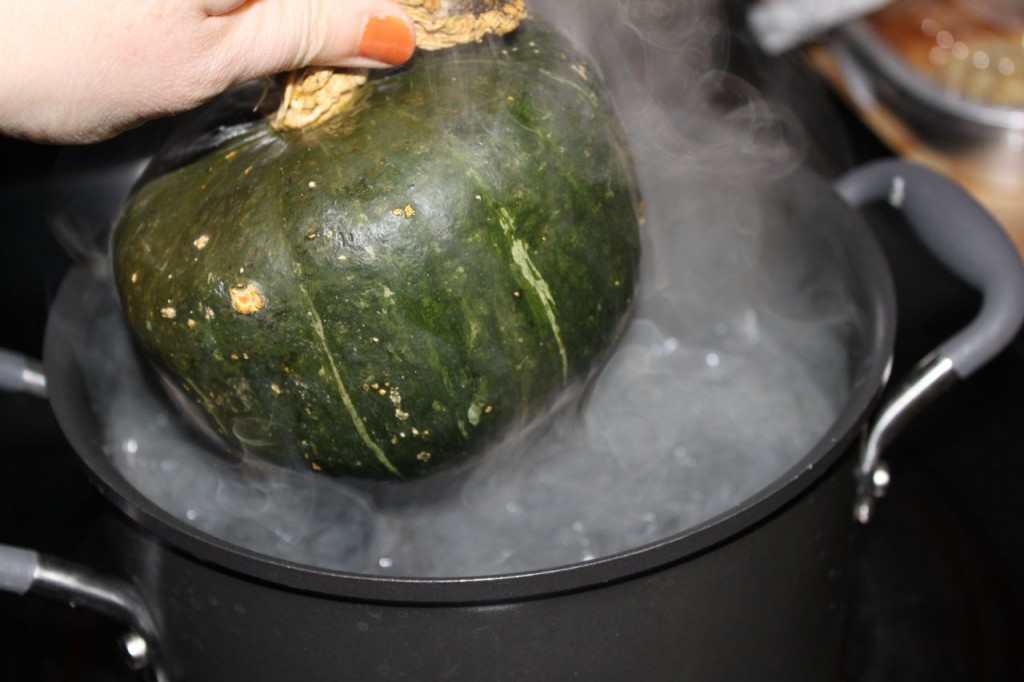 Boil it for 3 minutes, 4 minutes if it’s a really big squash.

Take it out of the water. Peel away.

I typically cut it in half. It cut quite easily this time. 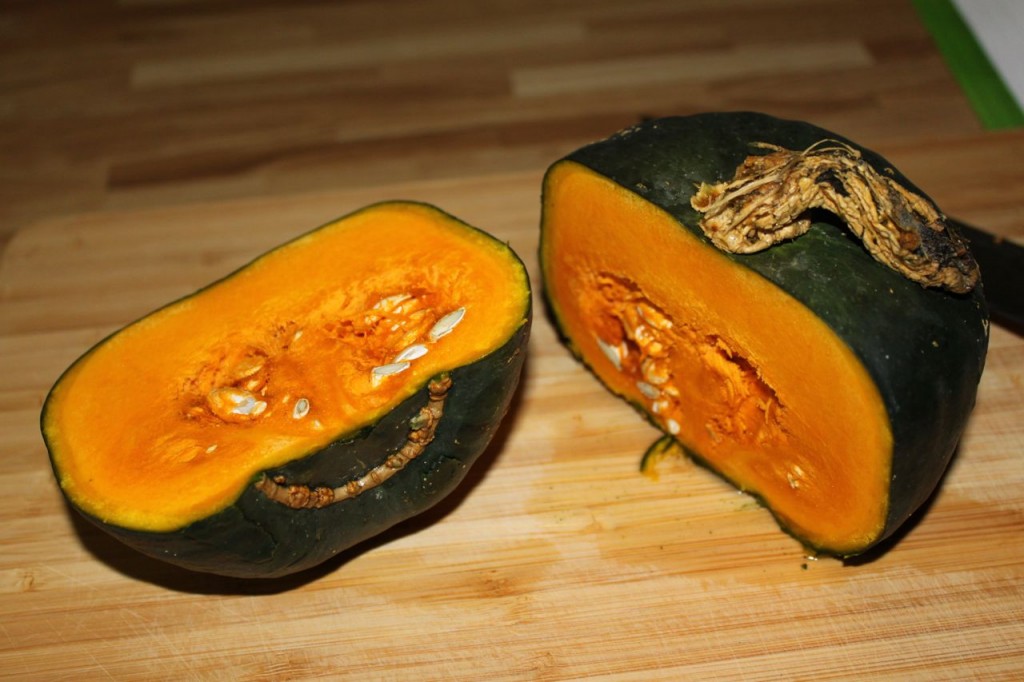 Then I just peel each half. 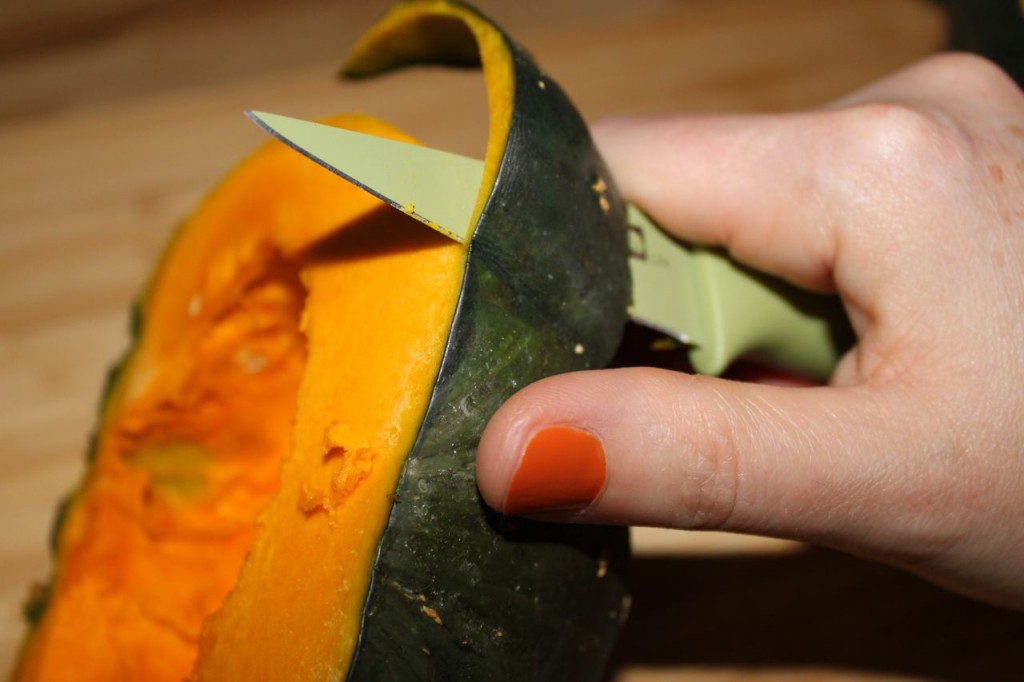 This took no time at all. Literally, about 3 minutes. Amazing. 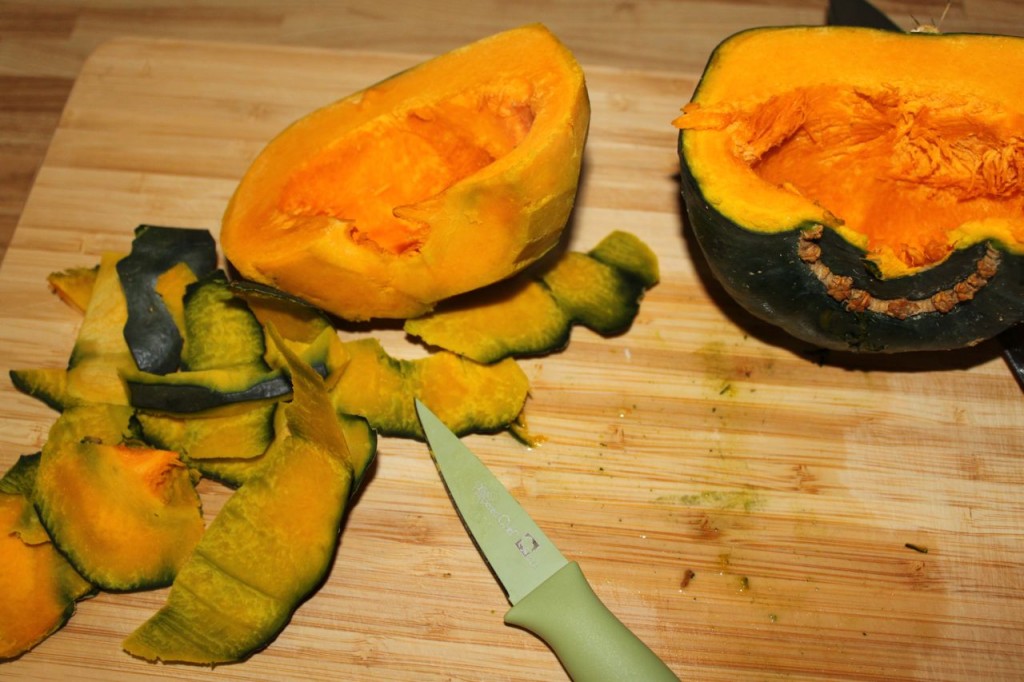 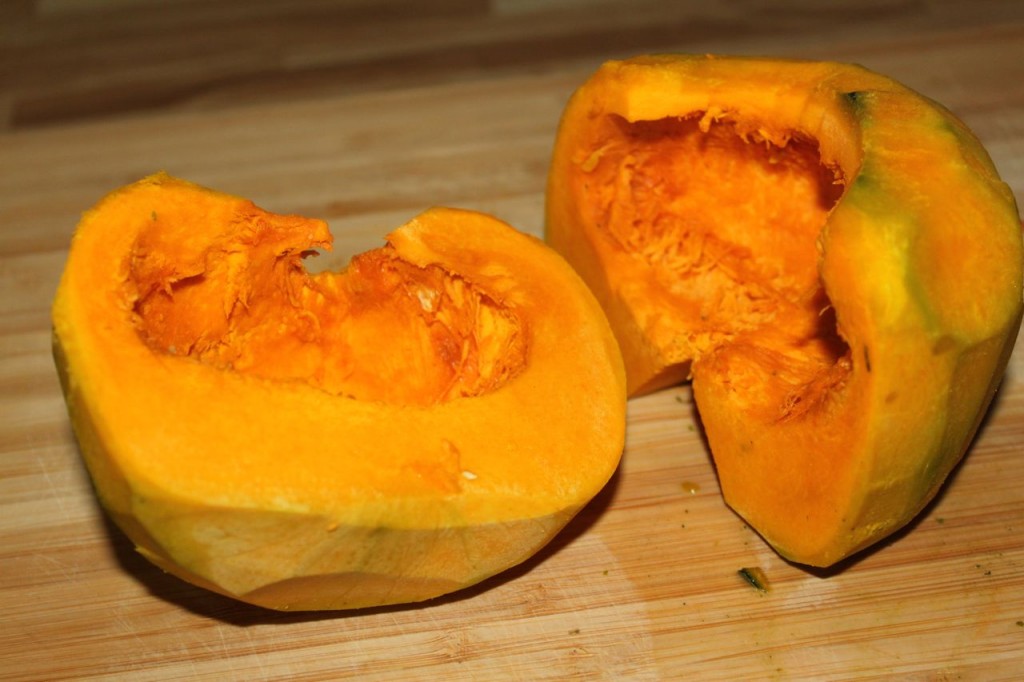 We’re going to roast this squash up with some beets. I figured I’d might as well do both at once, since the oven’s going. Both of these will be used in recipes this week.

Let’s get started on the beets. I’m going to roast 2 pounds of beets. 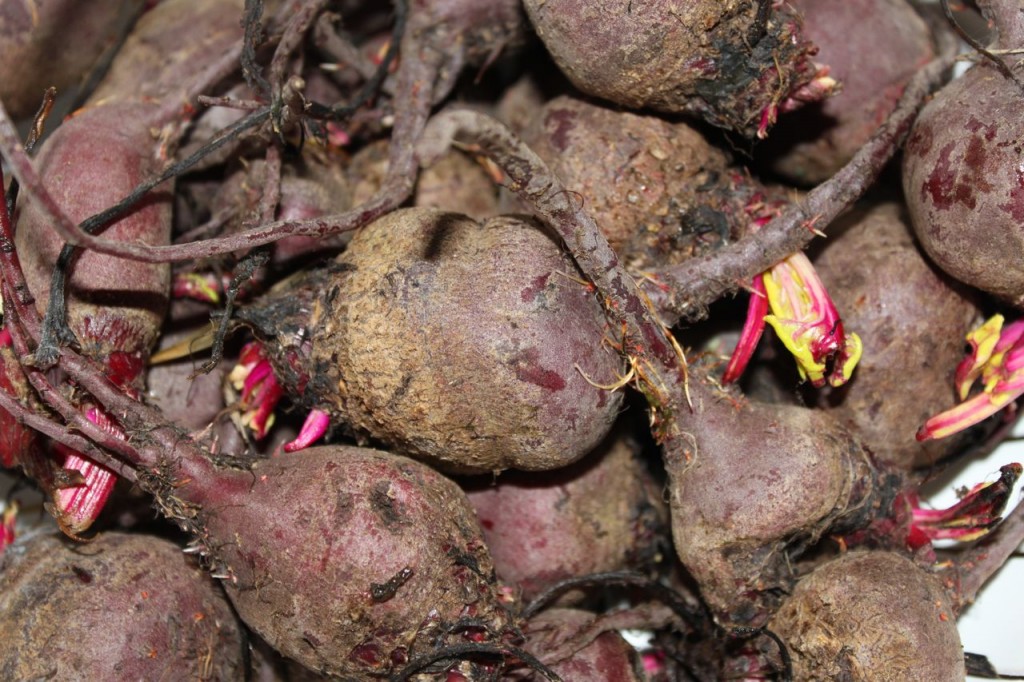 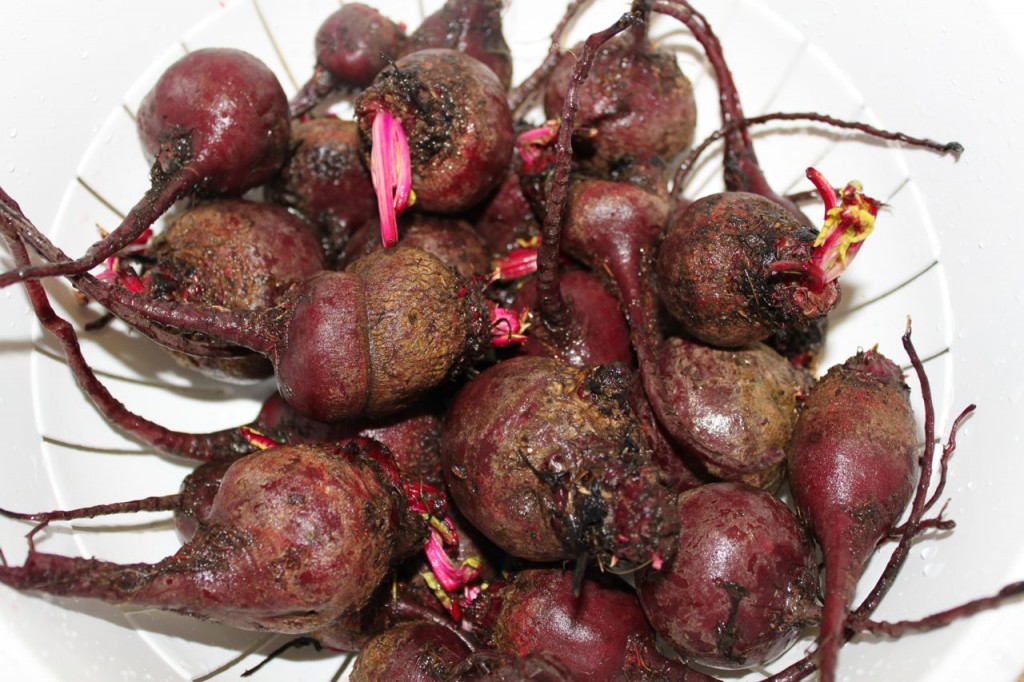 Head and tail the beets: 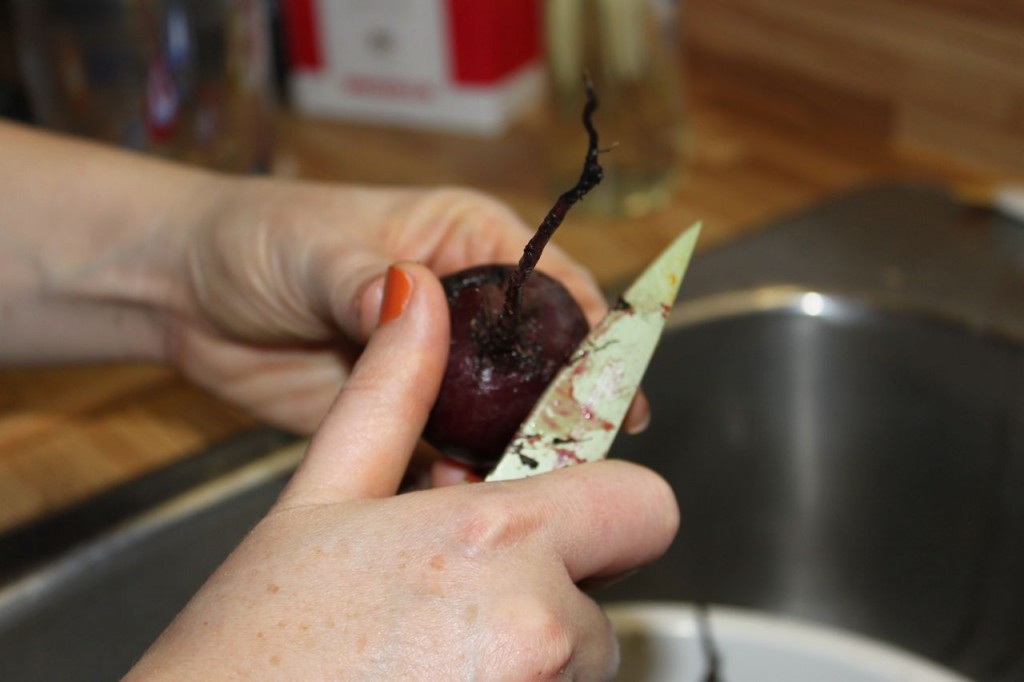 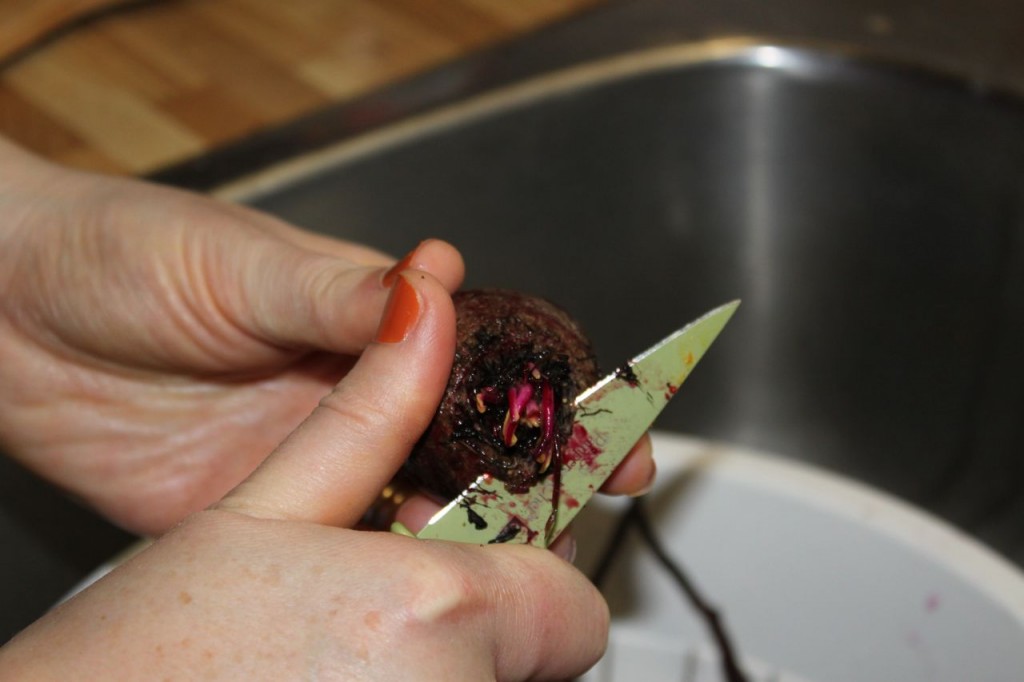 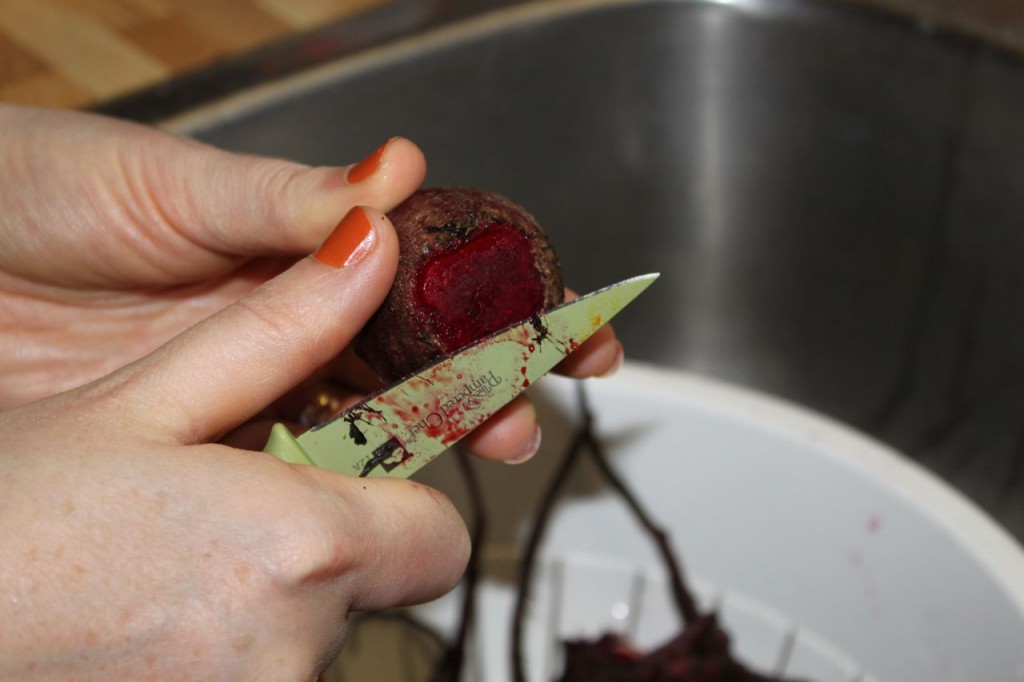 Look at those beet tails, aren’t they gory little suckers? Save them for decorating a Halloween spread.

Place the beets in a foil packet. I like to double-wrap mine to avoid any leaks. 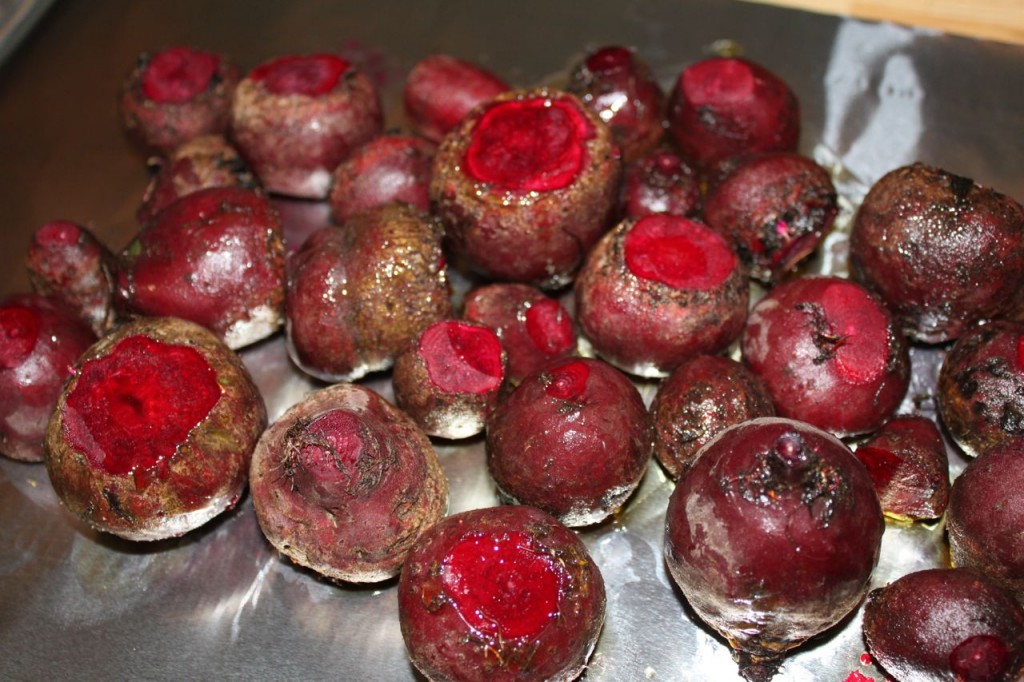 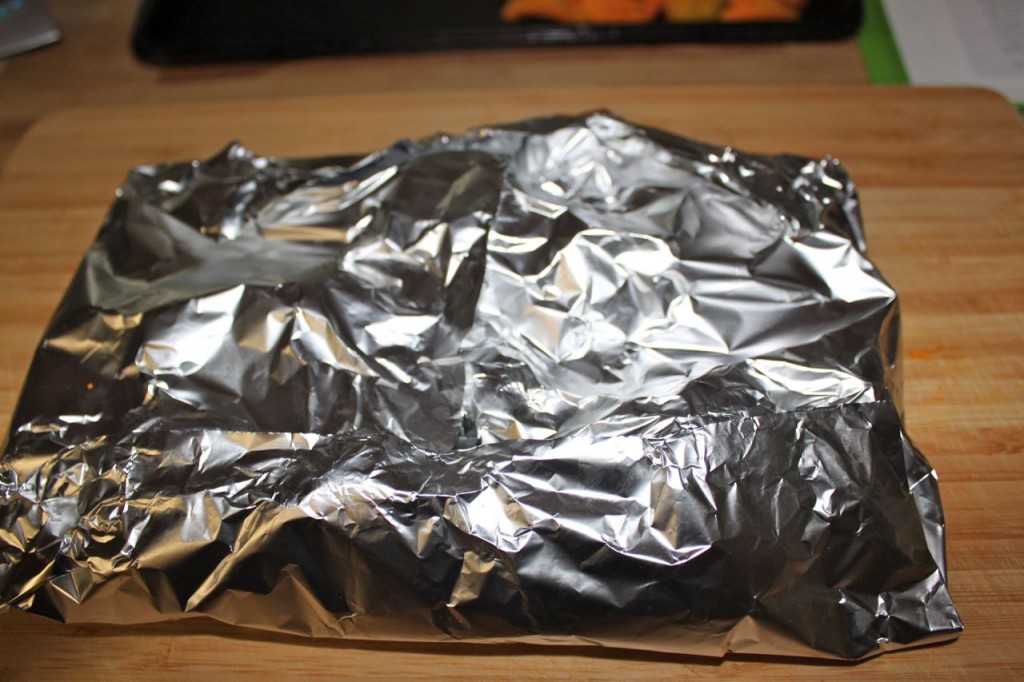 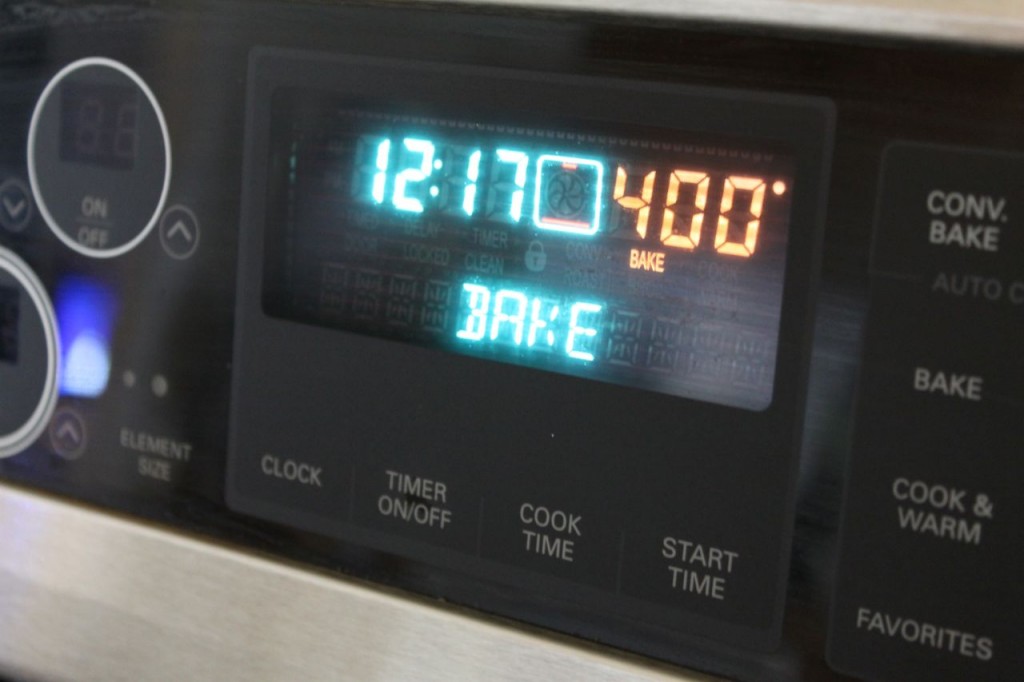 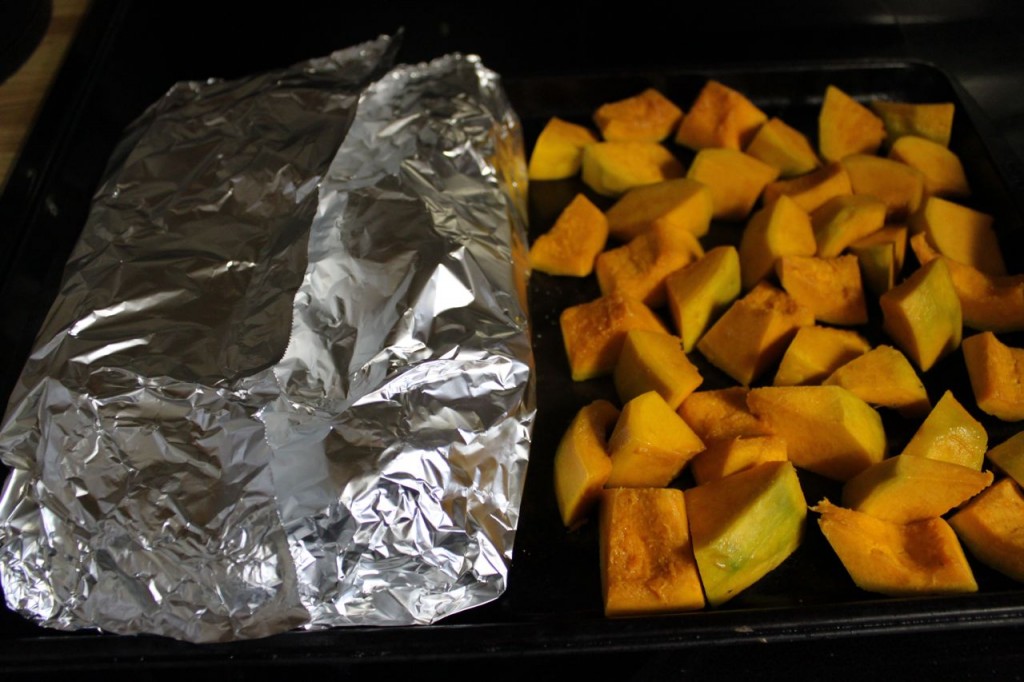 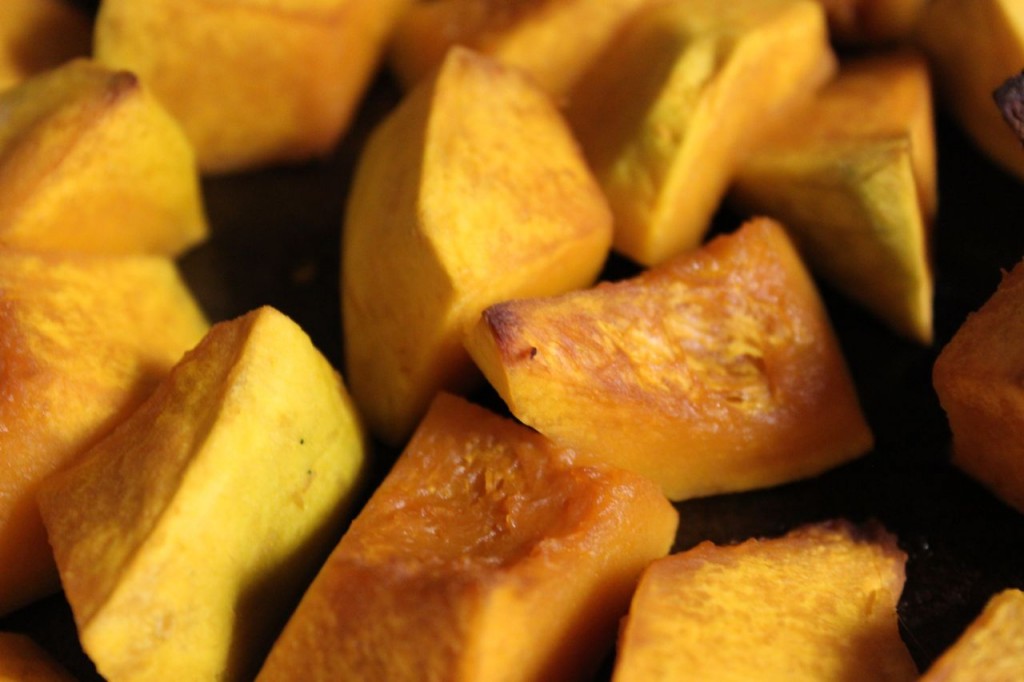 The beets can be easily pierced with the tip of a knife. 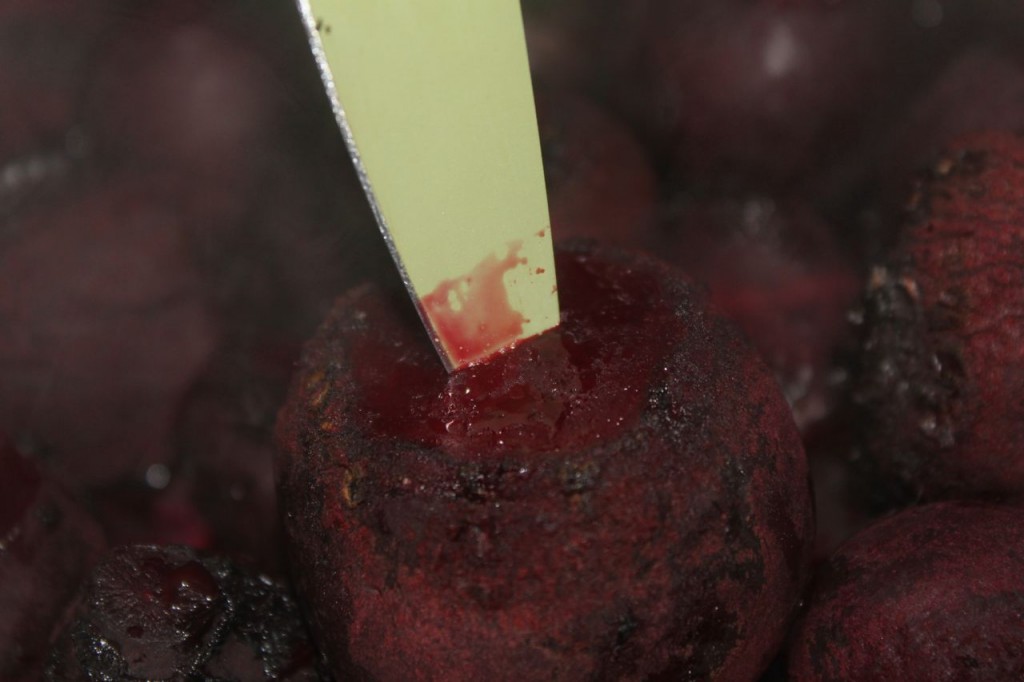 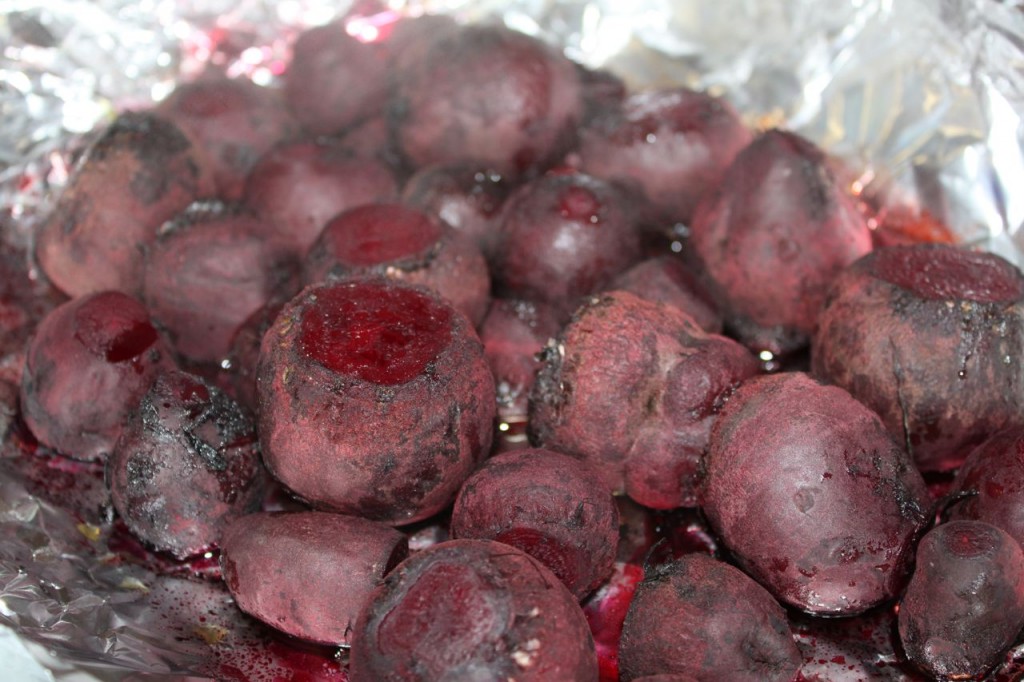 Once the beets are cooked, it’s much easier to peel them. You can just scrape the rough outsides off of the beets with the back of a knife. You might want to let them cool a few minutes first though. 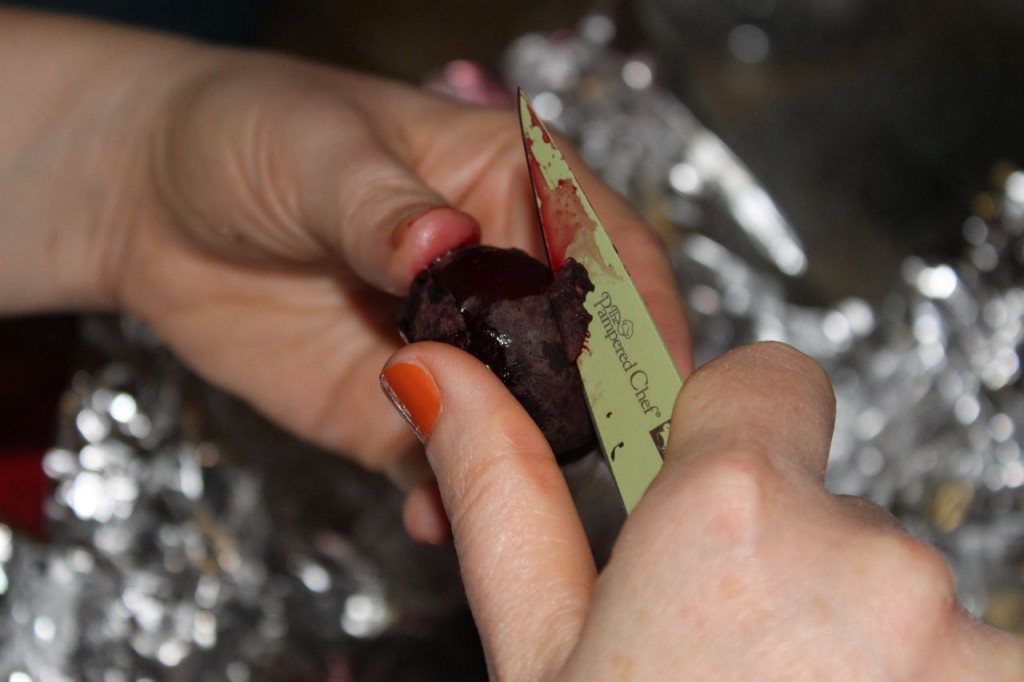 I’m packing these away for dinners this week. Doing this on the weekend saves a lot of time later in the week. 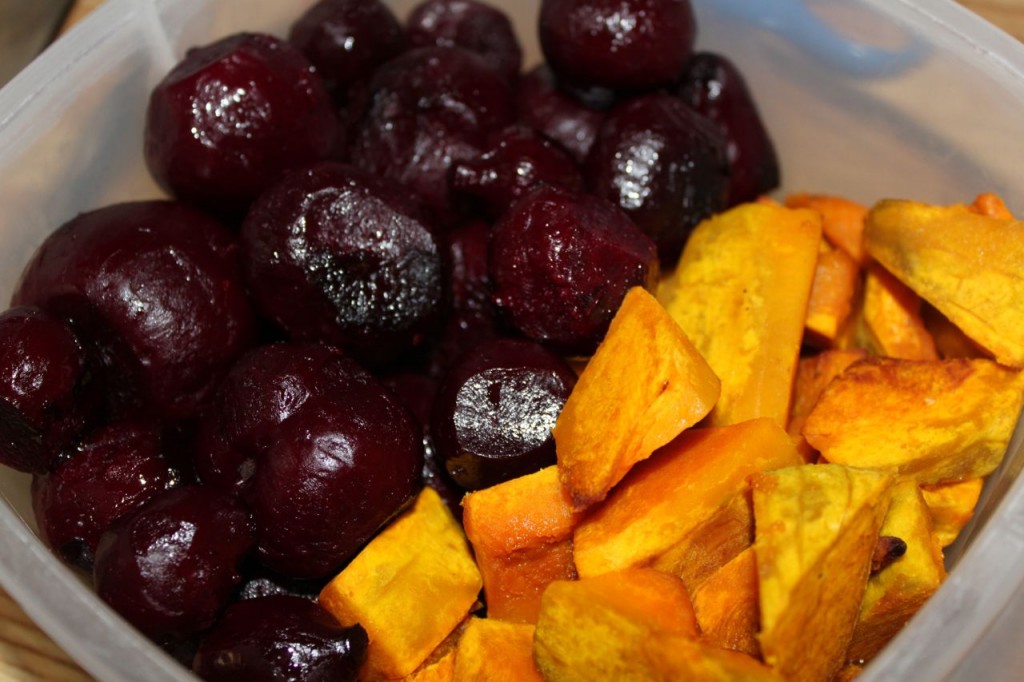 Expect posts about a roasted beet salad, and a savoury squash casserole. They’re on their way.

This entry was posted in tutorial and tagged beets, how to peel a squash, how-to, roasting vegetables, tutorial. Bookmark the permalink.