A couple of summers ago, we had our friends, The Freeburns, come to visit us. During their visit, we spent a day at the King’s Landing settlement, just outside Fredericton. While we were there, we walked through one of the very old buildings where two women were cooking a fudgy oat square over hot coals. We tried some and loved it.

Being the crazy food person that I am, I immediately asked for the recipe. They told me they didn’t really follow a recipe, but told me the ingredients. So few ingredients – it sounded so simple.

Months later, I’m looking through a recipe box that I got at an auction. This recipe box is packed full of recipes, all very worn and weathered, with titles on them like ‘Aunt Alda’s Lemon Pudding’, and ‘Mrs. Black’s Raspberry Whip’. Flipping through the recipes, I found this gem. Butterscotch Oat Squares. My mind instantly went back to our visit to King’s Landing and the fudgy oat squares we enjoyed there. I made the squares and much to my sheer delight, they were just what I was looking for!

This butterscotch oat square recipe is part butterscotch fudge, part oatmeal cookie. It’s a recipe that’s stood the test of time. It makes a lovely addition to a plate of Christmas treats. 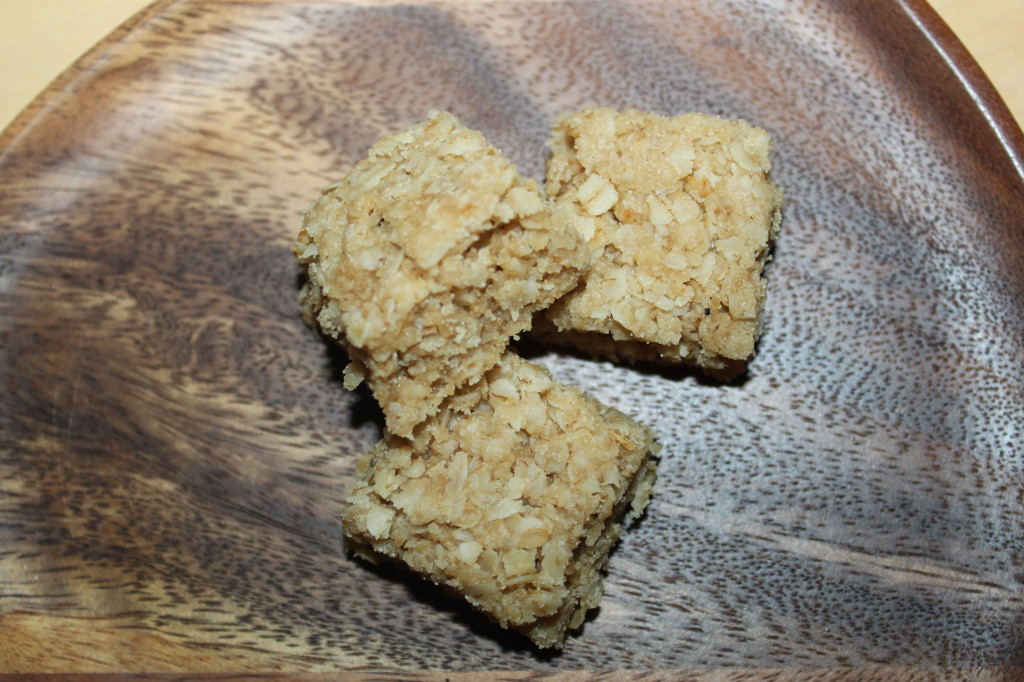 Blend thoroughly and spread into a 9×9″ pan.

Bake for 8 to 10 minutes, until golden brown.

Cut into squares while still warm.

This entry was posted in all recipes, baking, sweets and tagged 12 Days of Christmas, butterscotch oat squares. Bookmark the permalink.