As of 28 weeks along in your pregnancy, your baby is the approximate size of an eggplant – weighing in at 1.5 – 2.5 lbs, at about 15 inches long. Baby’s lungs are developed enough now that if Baby Bee were born now, he/she should be able to breathe on their own. Amazing.

It sure does look like I’m carrying around a bit more than an eggplant though. 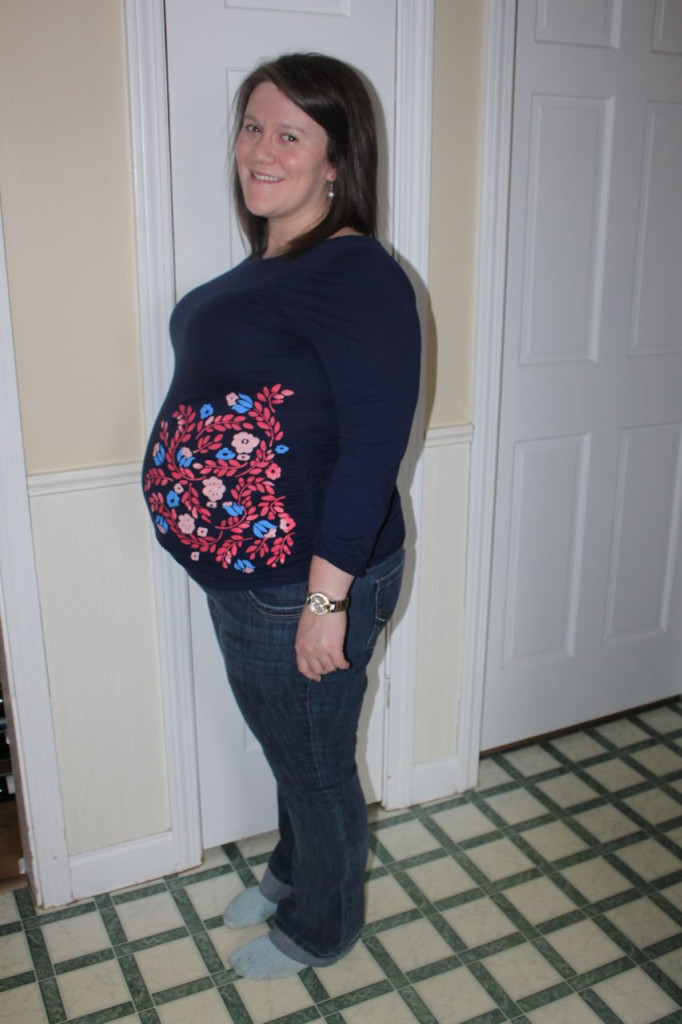 We had a special moment in our house on the weekend. Husband finally got to feel Baby Bee kick for the first time on Sunday morning. We had just finished breakfast – that delicious baked oatmeal I posted – and Baby Bee was super active. The kicks have also moved from being low to being a bit all over my belly now. He came over to me on the couch and waited patiently and BOOM! Baby kick! The look on Husband’s face was priceless. It’s like he had no idea the baby would actually kick. It was even forceful enough that my belly moved. Things just got very real, people.

We are starting to get lots of things put together for Baby Bee’s arrival. We’ve purchased a few things we know we’ll need. My sister and her husband are being generous enough to pass along a lot of baby furniture to us so that we won’t have to buy it. I can’t thank them enough for that. I am completely in love with the idea that all of our children will have slept in the same crib. <3 A little note to my moms group... My moms group is seriously amazing - such a supportive and loving group of women. I don't know what I'd do with you girls! <3 I'm also just going to put this out there - we've also decided that we will try cloth diapering. I know, I know. A lot of people think we're insane. We probably won't try it right off the bat, since I think we're going to have lots on our plate in the beginning, but maybe after we've gotten into a good routine. That does happen eventually, doesn't it? A routine? We've purchased a large lot of cloth diapers from a friend of mine. These diapers should last us the entire time Baby Bee needs them. And they are so stinkin' cute! Well, they aren't actually stinkin' yet. That'll come. 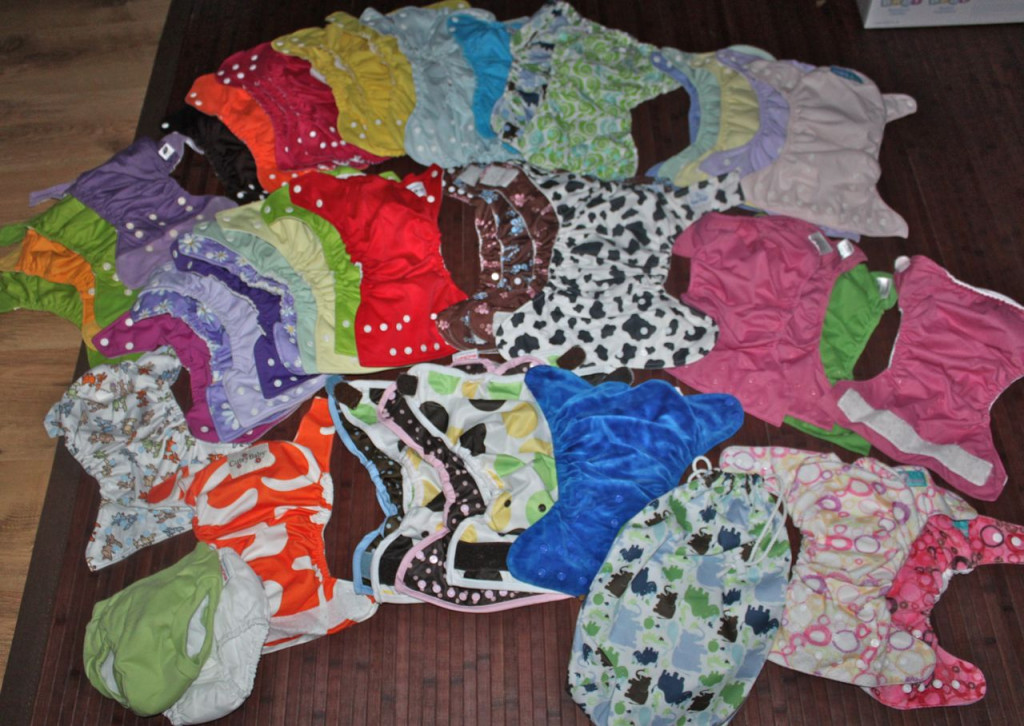 On the medical front, things are pretty good. I had my gestational diabetes screening test yesterday and am awaiting the results. I quite honestly think I’m doomed in this area, but I’ll wait for the official word before throwing a pity party.

My carpal tunnel continues to be a huge pain in the butt. It is so incredibly annoying to not have feeling in your thumb and first two fingers.

Other than that, there are just the regular things: it’s difficult to bend over to tie my shoes, putting on socks is becoming optional (kidding!), my back hurts, sleeping is getting increasingly uncomfortable. You know, the regular pregnancy complaints. I am very thankful though that I haven’t had some of the other pregnancy complaints like frequent heartburn. I had my first experience ever with heartburn this pregnancy, just once, and I wouldn’t wish that on anyone.

That’s all the update we have for now. I’ll check in again in a week or two.

This entry was posted in all recipes and tagged frilly baby. Bookmark the permalink.