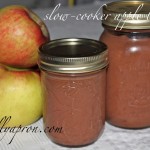 Three hyphens in one recipe title. A record for me, I’m sure.

Contrary to the recipes I usually post on The Frilly Apron, I’m actually a healthy eater. I’m a firm believer in moderation, and I think there’s a place in a person’s diet for the occasional indulgent dish.

This apple butter recipe contains no added sugar – just the sweetness from the apples (in the form of fructose, or fruit sugar), some lemon juice, and cinnamon.

Cutting added sugar from your diet is a good idea for everyone. Health risks of consuming too much of the sweet stuff are numerous, and include:

While it is important to pay attention to all kinds of sugar you consume, including fructose, the good news about fructose is that you get lots of nutrients from the fruit itself along with the sugar. With refined table sugar (sucrose), there are no health benefits.

I’ve made this apple butter to use in place of sugar in things like oatmeal and smoothies. The cinnamon is also beneficial, since cinnamon has been shown to keep blood sugar levels more stable.

Remember, while this apple butter does have more health benefits than a lot of other sweet condiments, moderation is key! 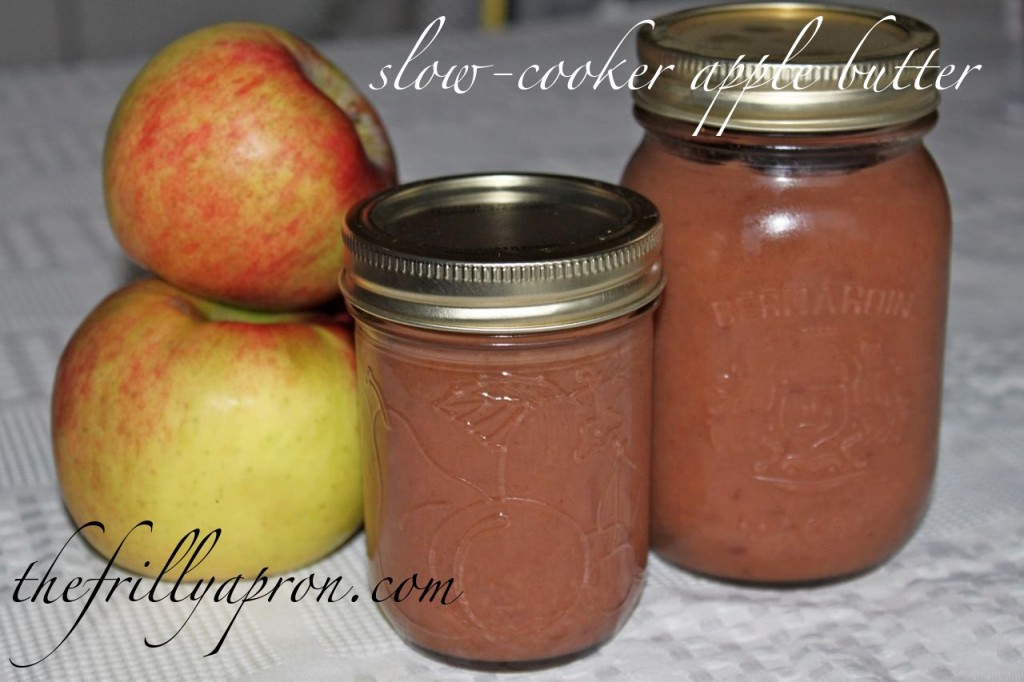 Recipe adapted from Oh She Glows 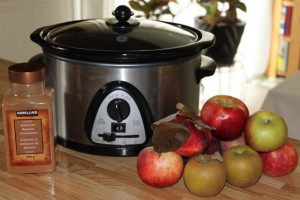 Chop apples into chunks. Don’t worry about peeling them, since you’ll be blending the apple butter after it’s cooked. If you don’t have a blender, immersion blender, or a food processor, go ahead and peel the apples, unless you don’t mind a few chunks in your apple butter. The bonus to leaving the peel on the apples is added fibre. 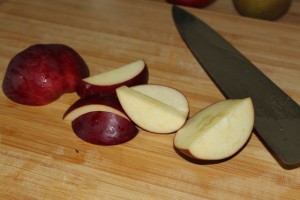 I used 10 cups of apples (russet, mac, and cortland – just use whatever you’d like). That was about a dozen apples. 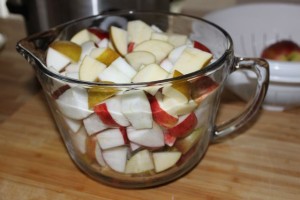 Put the apples into your slow-cooker with the lemon juice and cook on high for 4 hours. 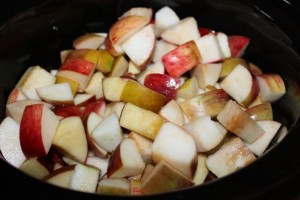 Give the apples a stir every hour or so. 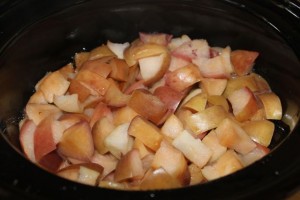 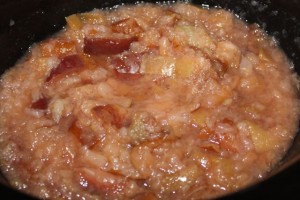 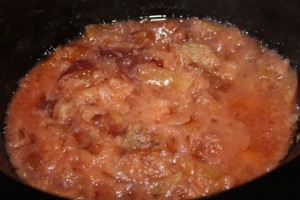 At the end of 4 hours, add the cinnamon to the apples and blend them to a smoother consistency. I used my immersion blender. 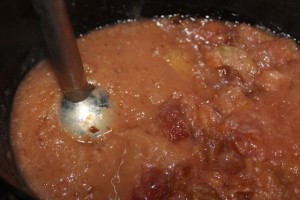 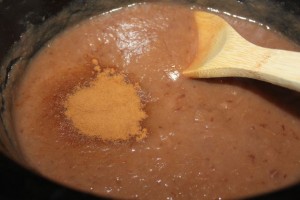 Continue to cook in your slow cooker, on high, for another couple of hours, allowing the apple butter to thicken and darken a bit. 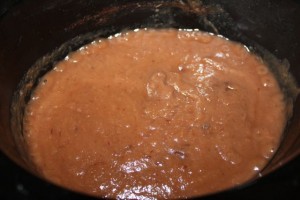 At the end of the two hours, put the apple butter in jars if you’d like for preserving.

This entry was posted in all recipes, healthy, preserves, vegan, vegetarian and tagged apple butter, no-sugar, slow-cooker. Bookmark the permalink.